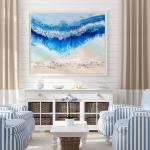 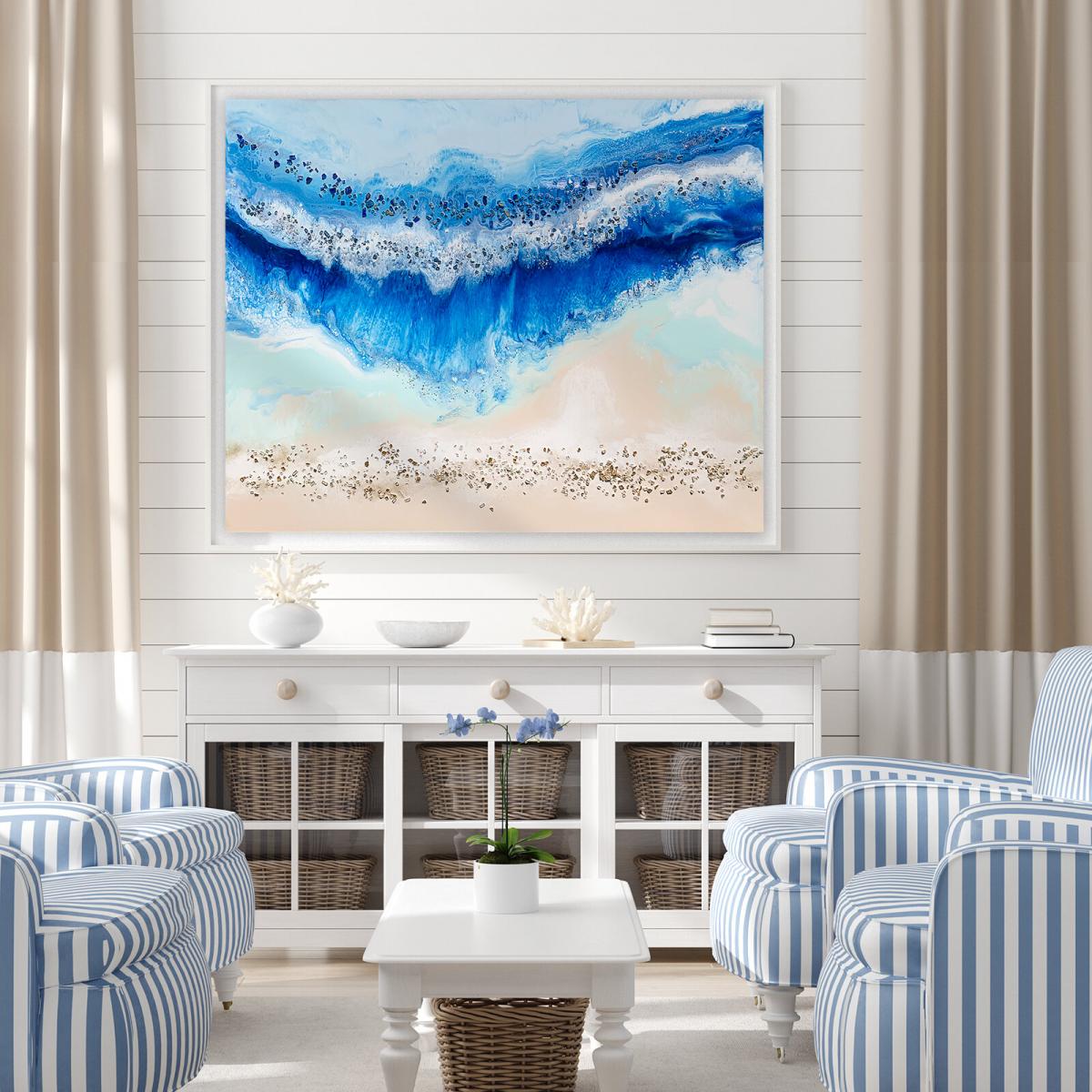 Boca Raton is an original mix media piece sized 60” x 48” x 1.5”. The acrylic is mixed with sound vibrations created from recordings captured of waves crashing during a high tide when the ocean was roaring. The piece includes hangers on the back that allow you to hang it vertically or horizontally. Materials: acrylic, sea glass, recycled materials, and Ecostardust (biodegradable glitter made from plant cellulose, derived predominantly from nongmo sustainably farmed Eucalyptus Trees). Sealed and held together with an Ecopoxy made of organic materials.

Free
Delivery restrictions may apply:
I am offering free shipping on any US shipping address. Hawaii, Alaska or US territories not included in the offer.

No refund or returns allowed on this purchase.
Exceptions may apply. Please message Leon for more information. 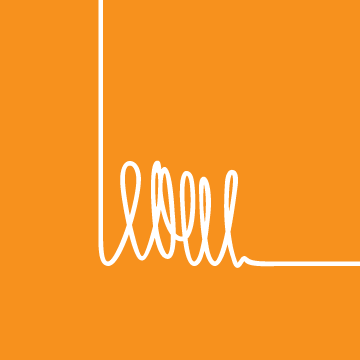 Born in Mexico City as the youngest of six, Leon Ruiz comes from a long line of artists who have influenced his passion for painting. His grandfather focused on religious themes, whose murals can be found exclusively on the ceilings in large, Mexican cathedrals. His uncle, Leon Martinez Torres, collected antiques and historical art pieces, selling these artifacts to the public. Revisiting his deeply seeded artist roots, Leon has spent countless summers rummaging through his storage house, which was filled with European historical art that contains sculptures, drawings, paintings, and furniture from Spanish soldiers that conquered the vast Mexican Territory. But it was his cousin, Arturo Ruiz Moncada, who had the greatest influence on Leon’s artform, restoring paintings and creating murals in the Sistine Chapel. To combine his love for creative expression with his family’s desire for a stable career, Leon found a compromise through civil engineering and architecture. He graduated with a bachelor’s degree from La Escuela Superior de Ingeniería y Arquitectura in Mexico City (English translation: The Higher School of Engineering and Architecture). To continue his education and pursue his passion for art, Leon studied fine arts with an emphasis in fine art painting through the Instituto Nacional de Bellas Artes la Esmeralda (English Translation: National Institute of Fine Arts) for three years before moving to the United States. After 30+ years of working as an artist, Leon earned his Master of Fine Arts (MFA) from the Academy of Art University in San Francisco. Leon sees his work as a product of his life, journey, and experiences. He has been painting professionally for 30 years; his work has been exhibited in art shows and galleries throughout the U.S., and he has won multiple awards, including “Best in Show” at several art shows. Along the way, Leon has met talented artists who have inspired him in his work and inspired him to perfect his artform. Leon’s medium of choice has been wide and varied, over the years, including acrylics, watercolors, epoxy, and oils. After experimenting with countless mediums, he has found his niche in oil and acrylic. Through oil, Leon can experiment with textures, using flat expanses in some areas of the canvas, while creating heady texture in others. He loves to create a nuanced interpretation to his vision by leveraging contrasting textures and colors. Acrylics provide Leon a fast-dry, flexible medium with which he can form easily manipulated, yet complex, layers of color that enhance the effect of his pieces. Leon is constantly evolving as an artist, finding inspiration in both nature and the urban areas that called to him as a child. Most recently, he has been experimenting with a new style of painting, creating art without tools and using only sound vibrations to generate a new series entitled, “Pulse.”
Leon F Ruiz
Follow 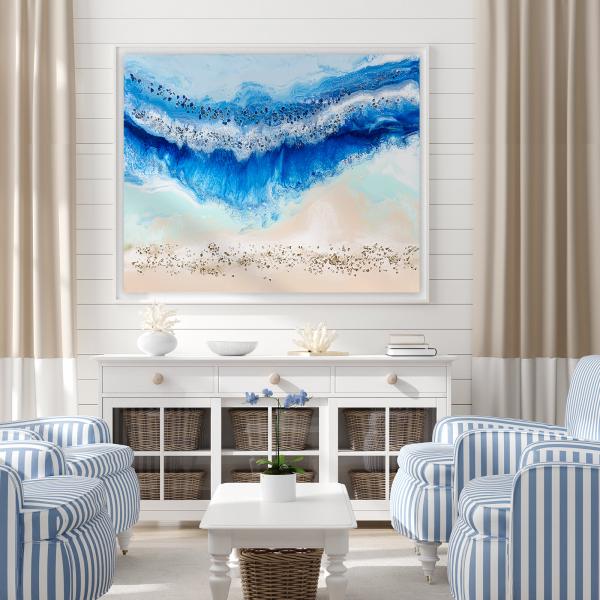 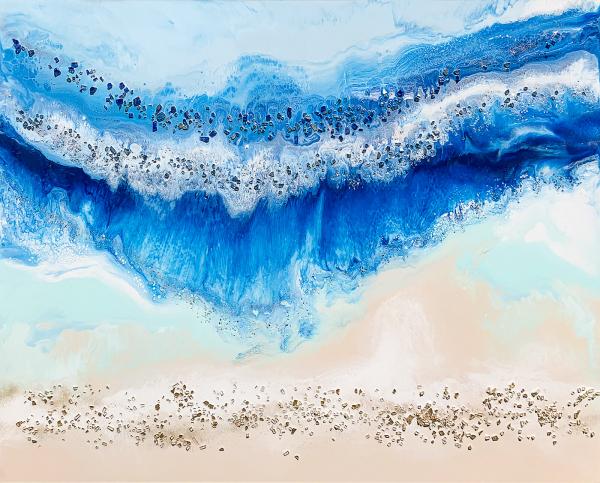 Check out other items by Leon F Ruiz 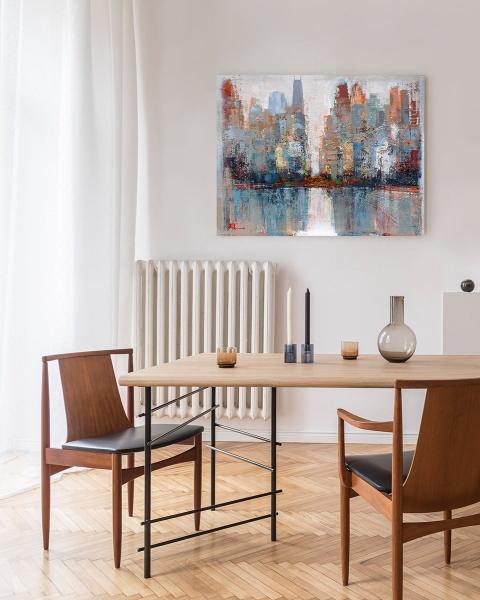 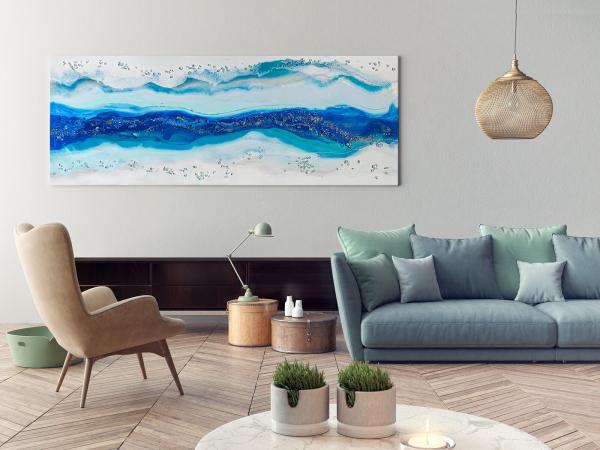 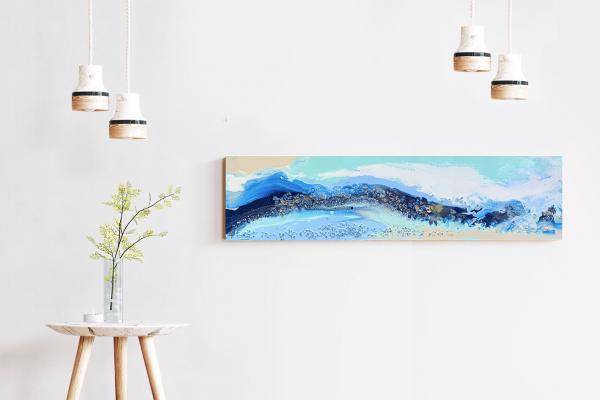 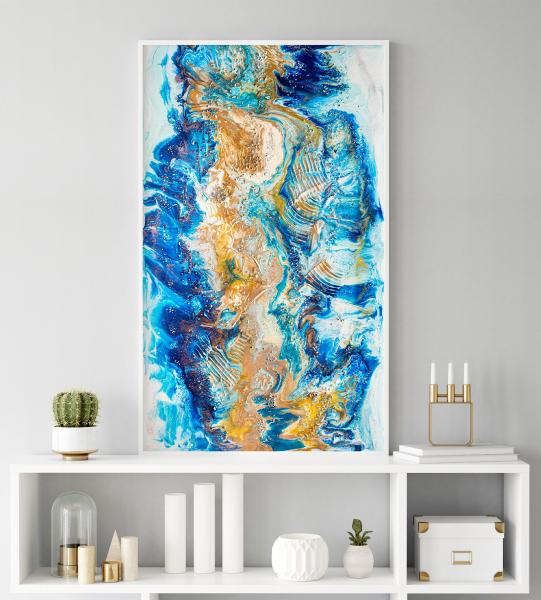 Please confirm your choice below and add Boca Raton Beach 60X48 to the cart.