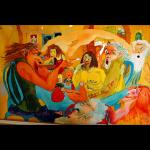 Looking for the truth 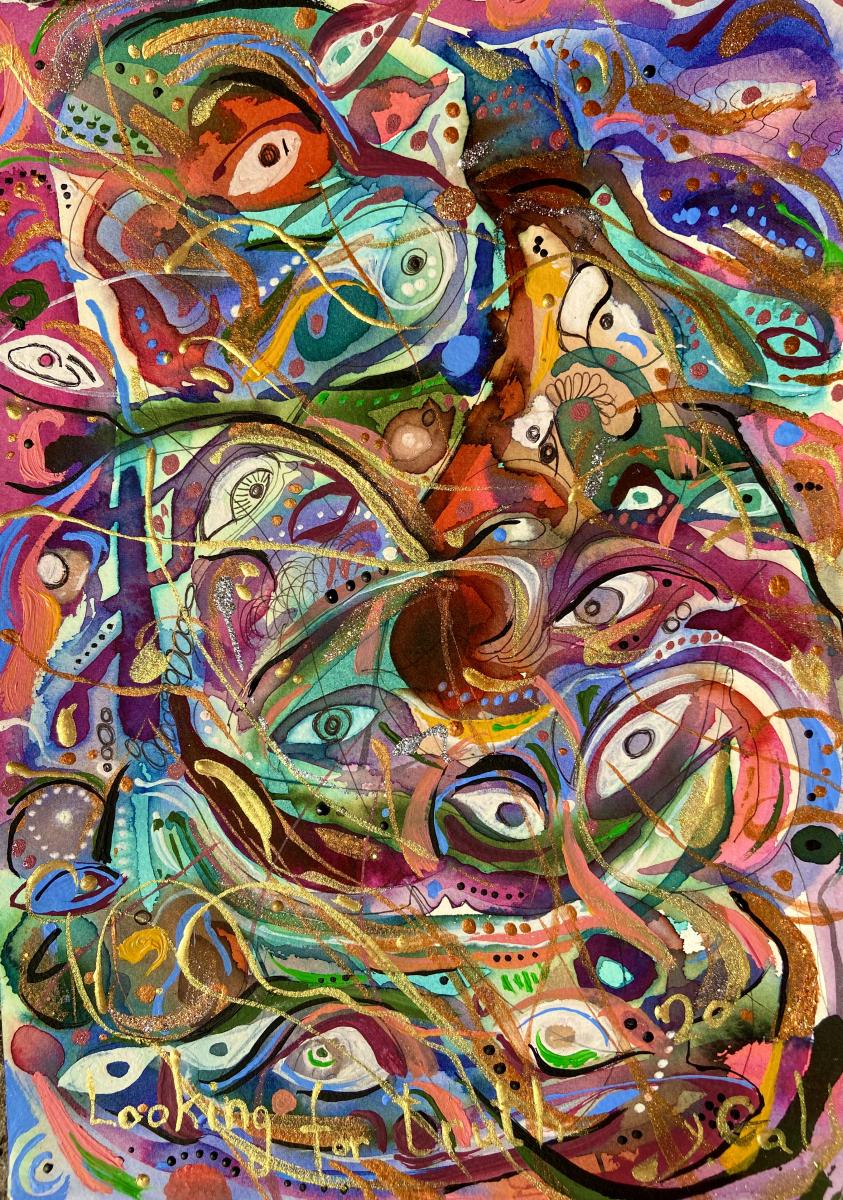 Looking for the truth

No refund or returns allowed on this purchase.
Exceptions may apply. Please message Yoram for more information. 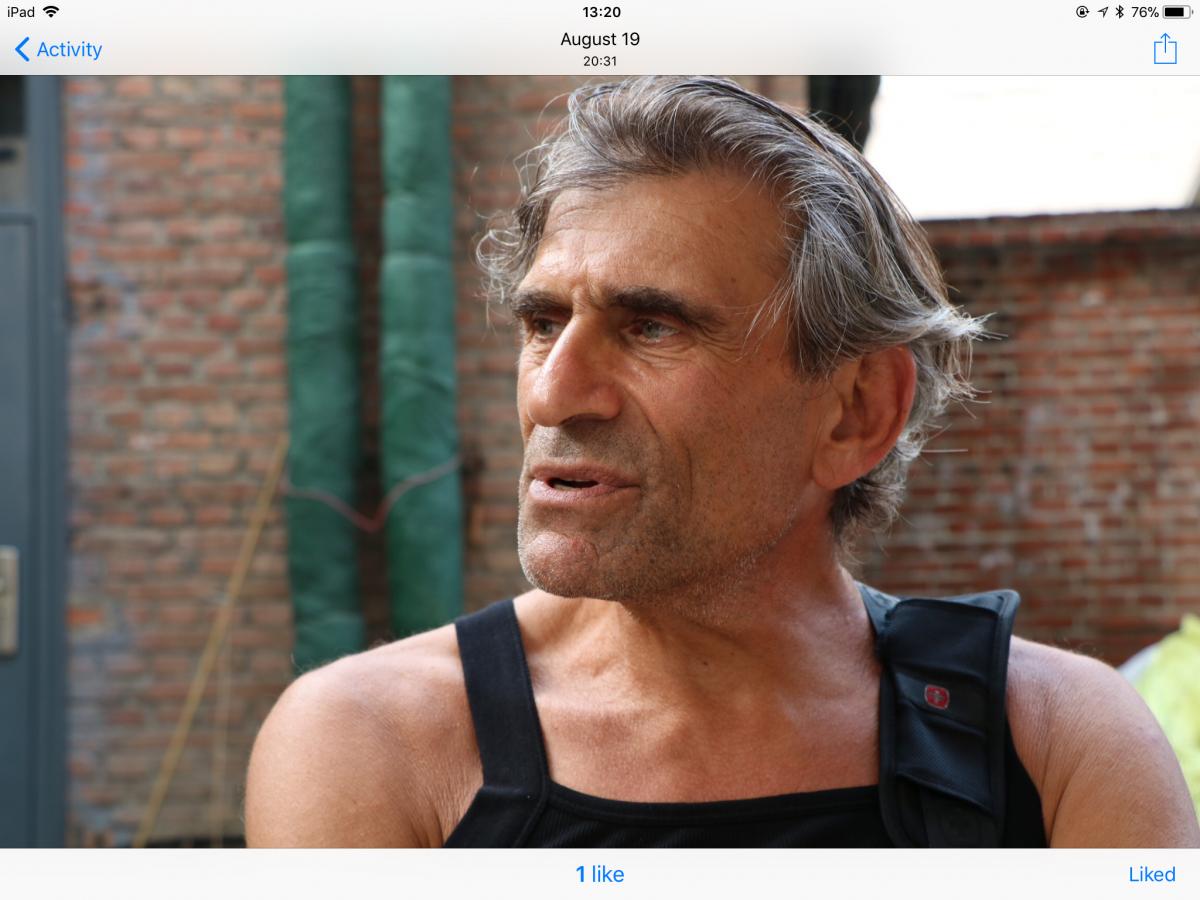 Yoram Gal – bio Born in Jerusalem 1952.   Grew up and was educated in London and Tel-Aviv. Started painting at 12. Exhibited since 13, accepted to Art College at 15 but decided against it. Infantry officer in the IDF. Tel-Aviv University Honors BFA in Theater acting and directing. Since 1977 writes plays for stage and screen, paints, directs, acts, produces shows in his Traveling Theater. Acts in Israeli, British and American movies, designs sceneries and exhibits shows of his paintings. Lives and works in Old Jaffa since 1978. 18 one-man exhibitions of his paintings (’73, ’81, ’84, ’86,  ’94, ‘02, ‘06, ‘06, ’06, '08, '09, '09, '10, '11-'12, ‘14, ’15- ’16, ’17, “19). 2015 opened the Old Jaffa studio as a gallery, and since then paintings flying to collectors in 40 countries.   “WILD” – a feature film he wrote & directed, participated in international festivals world-wide, and won 1st prize for best feature film in Picciano, Italy, 2001.  “The old man & I” – play jointly written with Nili Dotan, won the Israeli Prime minister’s Prize 2001. “The Secret of America”, his first illustrated e-book published on Amazon 2009.   Was invited to participate in many art events in the USA 2002-2020, & the Firenze Biennale, Italy 2005, Beijing International Art Expo, China 2011 and more.   Fu ZheNan Museum in Nanjin, China, acquired 12 major pieces, Aug 2011. Biennale at Stanback museum SC, 5 major works. 2012.   Main influences - Gauguin, Van Gogh, Picasso, Mattisse, Bacon, Miro, Hockney, Nolde, Munk, Ensor, Bruegel, Michelangelo, Kandinsky, De Kooning, Turner, Bonnard, Daumier, Soutine, Nahum Guttman, Fima and the Expressionists.   Artist Statement In Hamlet's words: “To hold a mirror up to nature": Paint as wide a range of modern life's rich diversity as I can, capturing fleeting moments of dramatic, comic and lyrical interactions between people. Juicifying the changing landscapes of our times on paper and canvas, stretching the styles of painting from realism to abstract, thro my own expressionism. Experimenting in dangerous non-comfort zones, striving to go beyond my previous piece into something I did not know before. Starting from scratch, daily, working at re-inventing my painting like a child. Having fun celebrating my decades on earth in the most colorful, joyful and intense way I can. Joie-de-vivre is my motto.   Awards:  50+ awards in American Art shows, 2004-2016     Yoram Gal  - 19 Netiv Hamazalot, OLD JAFFA 68037 – ISRAEL  TEL/FAX: 972-3-6813274    E-mail: gal.yoram25@gmail.com   Website: www.yoramgal.com USA cell phone: 1-480-993-4198
Message Yoram
Video call Yoram

I am a painter and my studio-gallery in Old Jaffa, Israel is open 10:30 am- 5:30 pm, catering for art collectors world wide, selling my original paintings (no prints).
Yoram Gal
Follow 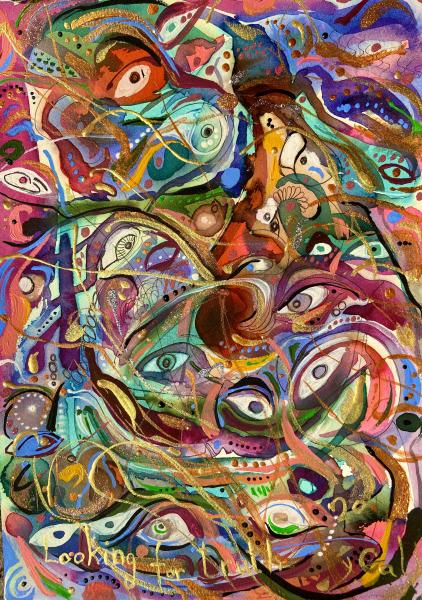 Check out other items by Yoram Gal 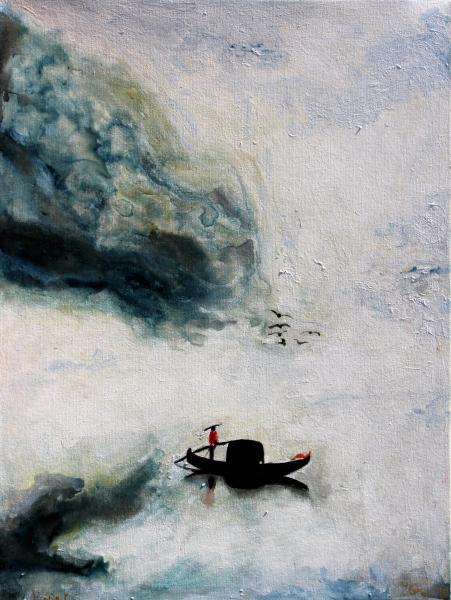 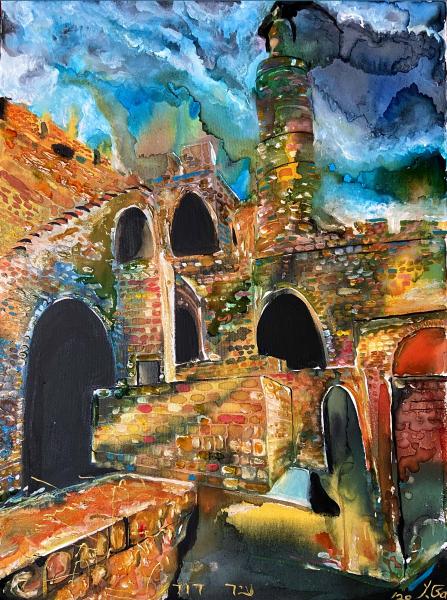 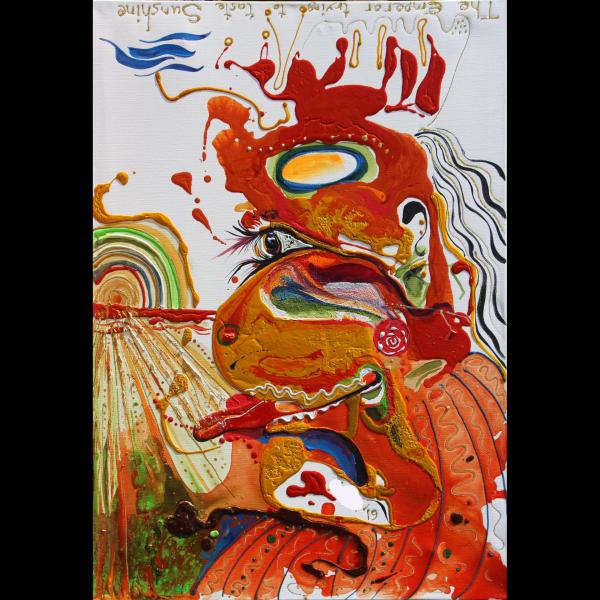 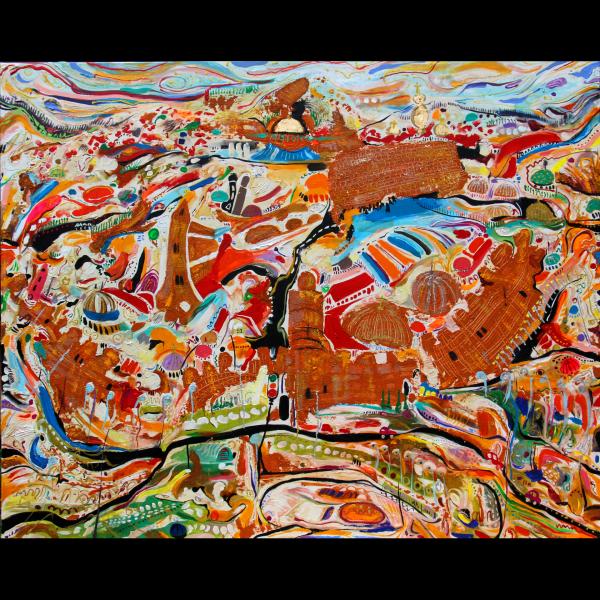 Looking for the truth
Yoram Gal
The seller has temporarily closed their storefront. Please wait until they open again to purchase products.

Please confirm your choice below and add Looking for the truth to the cart.

You can call any time

Video call:
You can call any time