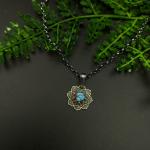 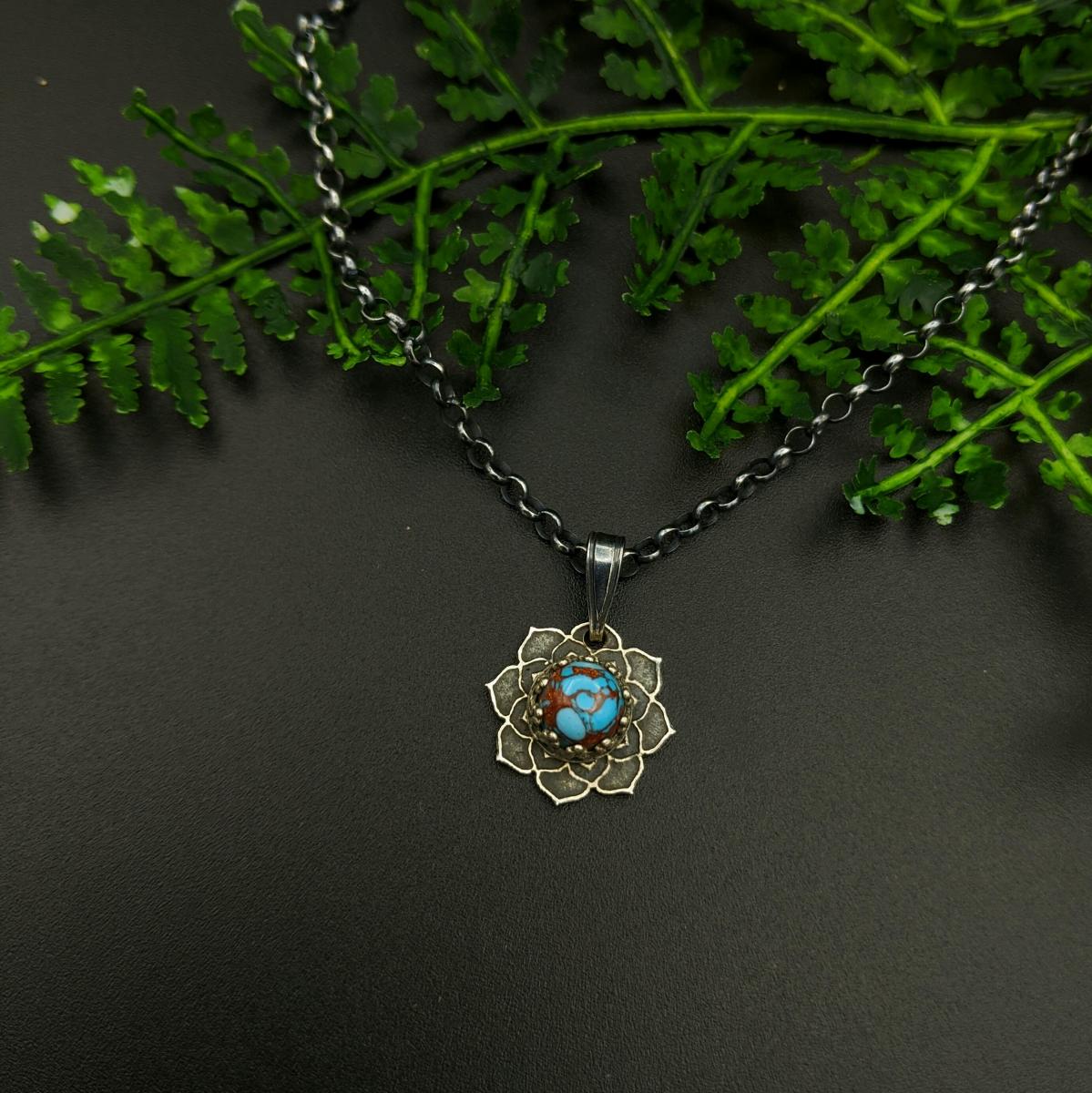 This one-of-a-kind design features a tiny, hand-cut sterling silver flower, which I hand-etched with an intricate flower mandala design. A polished copper turquoise cabochon, nestled within a complementing sterling silver bezel finishes the design. The 18 inch long sterling silver chain allows the pendant to rest perfectly upon the chest. This is an eye-catching necklace, is perfect for layering and can easily be dressed up or down. Perhaps the oldest stone in man’s history, turquoise is the talisman of kings, shamans, and warriors. The name Turquoise is derived from the French, pierre turquoise, meaning “Turkish stone,” because the trade routes that brought Turquoise to Europe from the mines in central Asia went through Turkey, and Venetian merchants often purchased the stone in Turkish bazaars. For thousands of years, Turquoise has spanned all cultures, prized as a symbol of wisdom, nobility and the power of immortality. Among the Ancient Egyptians, Persians and Chinese, Aztecs and Incas of South America, and Native North Americans, Turquoise was sacred in its adornment and for power, luck, and protection. For nearly a thousand years, Native Americans have mined and fashioned Turquoise, using it to guard their burial sites. Indian priests wore it in ceremonies when calling upon the great spirit of the sky. Many honored Turquoise as the universal stone, believing their minds would become one with the universe when wearing it.

No refund or returns allowed on this purchase.
Exceptions may apply. Please message Caleb for more information. 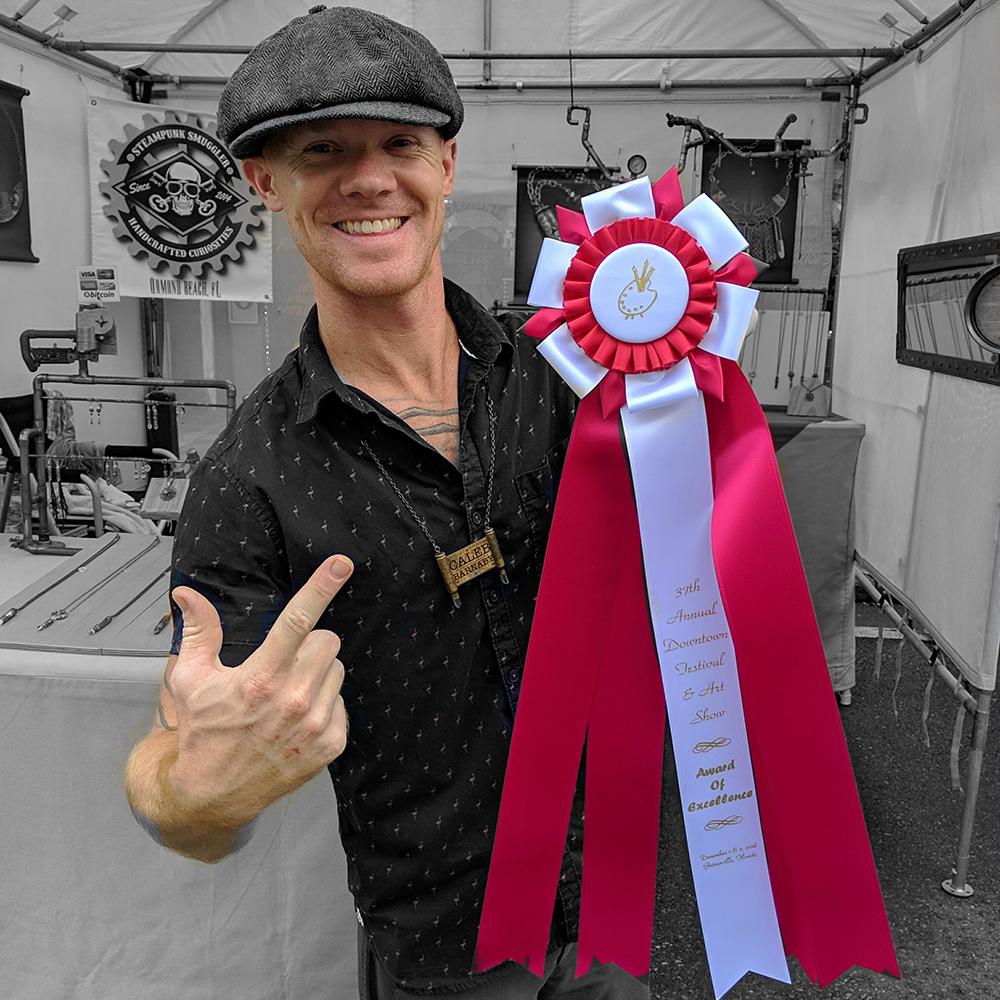 Caleb Barnaby is a self-taught metalsmith, with a focus in extremely detailed wearable art. He's been traveling throughout the US for the past three years in a travel trailer, which houses his custom-built mobile studio, selling his creations at fine art festivals. Many of his designs are award-winning: intricate flower mandalas made from sterling silver and recycled brass bullet casings with secret messages, crescent moons and mountain ranges hand-cut from the metal. His designs are all inspired by the natural elements around us: blooming wildflowers on the side of the road, the awe-inspiring landscapes he sees along his travels. "Using recycled metals, I apply an intricate etching process to give them an ornate look. All of my etched designs are original and inspired by natural elements (trees, flowers and sacred geometry). After the etching process, I hand-cut the metals to transform them into their final composition. I also use non-traditional stonesetting techniques, where I create my own bezels by forging the metal to set the stone."
Caleb Barnaby Designs
Follow 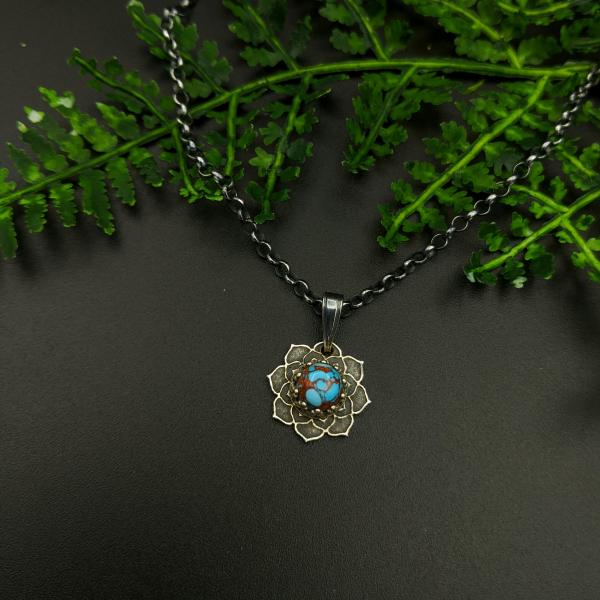 Check out other items by Caleb Barnaby Designs 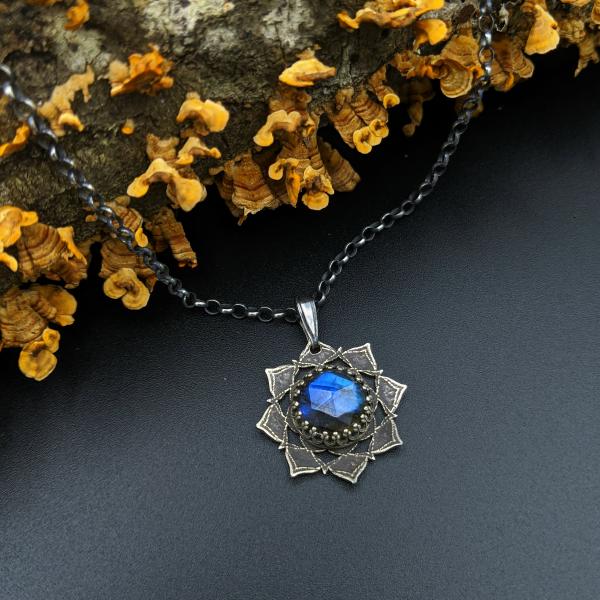 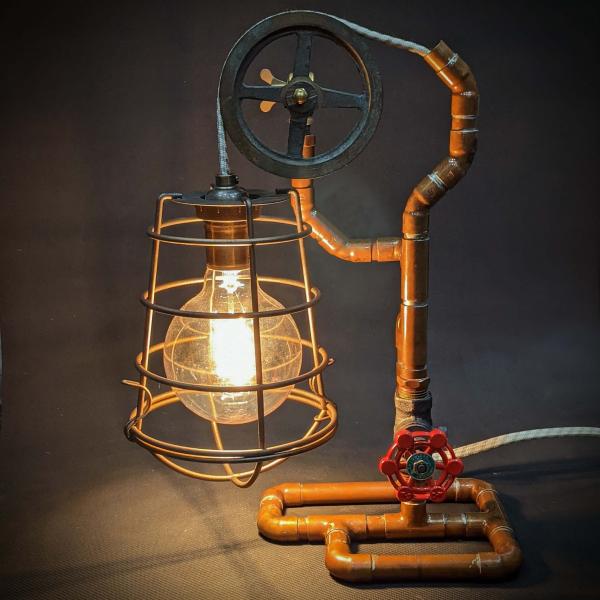 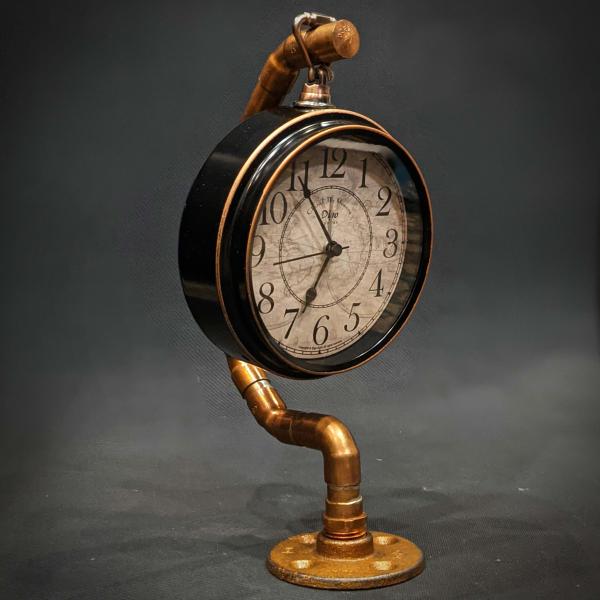 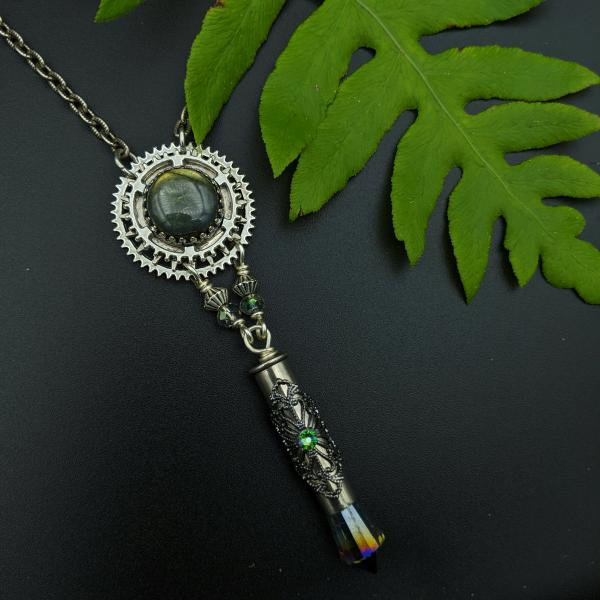 Please confirm your choice below and add simple sterling silver flower mandala necklace with turquoise to the cart.